As you will have learnt from earlier on in this course, climate change will affect every aspect of society. In order to avoid the worst impacts of climate change, we need to take drastic action and begin the transition towards becoming a zero carbon world by 2050.

In this section, we will explore whether a zero carbon society is possible and what it would look like from a UK perspective. By the end of this lesson, you will have:

The weather varies daily, monthly, annually, but climate is something that operates over decades. Research by the Carnegie Trust and Joseph Rowntree Foundation in 2010 predicted that;

The impacts of climate change will not be equally felt across society. The poorest and already vulnerable will be the hardest hit as they have less resources to adapt to extreme weather.

Since the report was published, experience has proven this to be the case with many households across the UK unable to pay insurance premiums to cover flood risk.

Colleagues in the social housing sector in Wales who have already completed Carbon Literacy training have reported that many tenants who were flooded in the February 2020 floods, did not have insurance for building contents.

Watch this short video from NASA Kids to help understand the difference between weather and climate.

Can you think of any way that climate change will benefit your organisation and the communities it operates in?

Can we use major changes as an opportunity to make more resilient communities?

If you want to find out more, take a look at the Met Office ‘State of the UK Climate’ – an annual publication providing up-to-date assessment of the UK climate.

Ice and Sediment Cores tell us:

Long term variation in temperature and climate is natural.

CO2 and other gases provide a duvet to keep the earth warm – more of these gases = warmer earth.

CO2 levels are now higher than they have been for hundreds of thousands of years, independent of orbit or sun.

So, we have looked at Carbon Dioxide levels in the present day (since the 1950s), and up to one thousand years ago. But the ice cores allow us to go much further back in time than that.

This next graph from NASA plots carbon dioxide levels over hundreds of thousands of years.

Again, pay close attention to the timescale; think about how the steepness of a graph line tells a different story when plotted against different time scales. 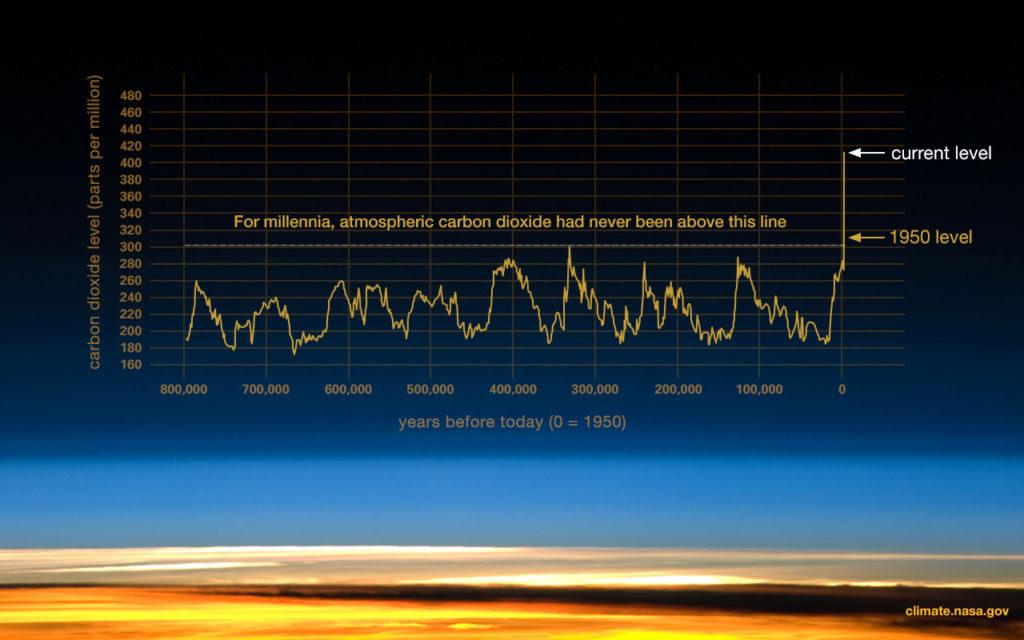 If carbon dioxide levels and climate change are linked then this graph tells us something very important:

This fact is often mis-understood and used by people who do not want to face the difficult reality of climate change.

Yes, our climate varies radically over hundreds of thousands of years, and this is natural – nothing to do with us. So what is driving natural climate change?

Weather is the daily and weekly change in temperature, humidity, rainfall, snow, wind and sunshine. Weather is what you feel and see as you go about your daily life.

The climate of a place is the typical pattern of weather that occurs across a year or over several years. The climate of California is dry. The climate of Hong Kong is humid. The climate of Iceland is cold. When weather patterns change over ten to fifty years or more, we can say that the climate has changed, e.g. “California has become wetter” or “The UK has become stormier”. Recording daily weather and keeping records over decades or even hundreds of years is vital to detect and track changes in climate.

This is the observed and predicted changes in long-term weather patterns (the climate) that have happened because the Earth’s global average temperature has increased. These include rising sea levels; shrinking mountain glaciers; accelerating ice melt in Greenland, Antarctica and the Arctic; and shifts in flower/plant blooming times. These are all consequences of the warming, which is caused mainly by people burning fossil fuels and putting out heat-trapping gases into the air. The terms "global warming" and "climate change" are sometimes used interchangeably, but strictly they refer to slightly different things.

"Global Heating" has recently been suggested as a more accurate way to describe this phenomenon and may be a phrase that you hear in the future.

If you want to find out more, you can read the article on why global warning should be called global heating on the Guardian website. 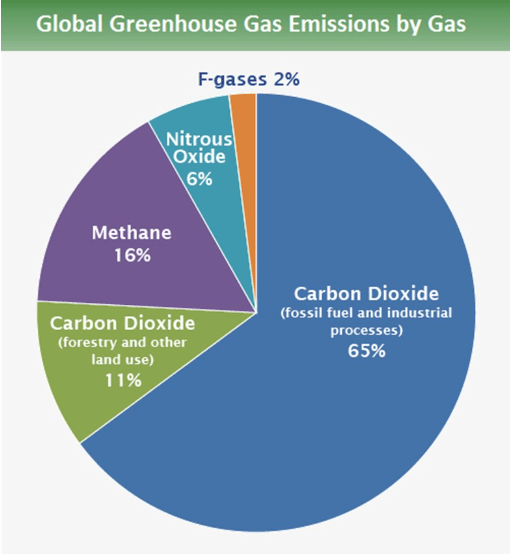 The different Greenhouse gases have different heat trapping abilities. So, we refer to the global warming potential of different gases

Carbon dioxide equivalent is a measure used to compare the emissions from various greenhouse gases based upon their global warming potential.

Carbon dioxide is by far the most abundant human-emitted greenhouse gas. Roughly 36 billion metric tons of CO2 are emitted each year by transportation, electrical generation, cement manufacturing, deforestation, agriculture, and many other practices. A substantial fraction of CO2 emitted today will persist in the atmosphere for more than 1,000 years.

These processes are referred to as Positive Feedbacks. They re-enforce global warming, speeding up the rate at which the earth warms. 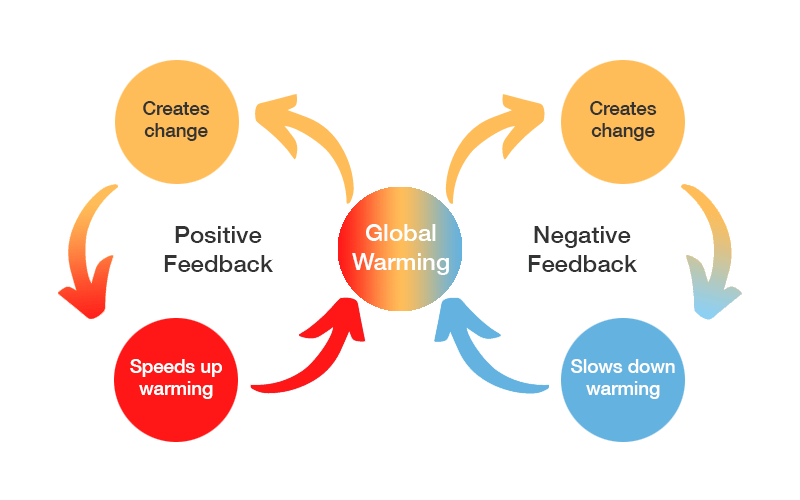 There are also Negative Feedbacks which slow down warming but scientists are worried that the negative feedbacks are being overwhelmed by the quantity and speed by which we are adding greenhouse gases to the atmosphere.

You can read a more technical and in-depth explanation of global warming potential on the Science Direct website.

The following websites further explain the relationship between methane and CO2 and the use of the term ‘carbon dioxide equivalent’:

*Factcheck.org – How potent is methane?

This article on Climate Reality Project website explains in detail how feedback loops are making the climate crisis worse.

The following impacts are expected between now and the middle part of this century:

The Met Office is a source of current and historical data on the UK climate.

You can explore changes to UK temperature, rainfall and sunshine over various time periods on the Met office website. 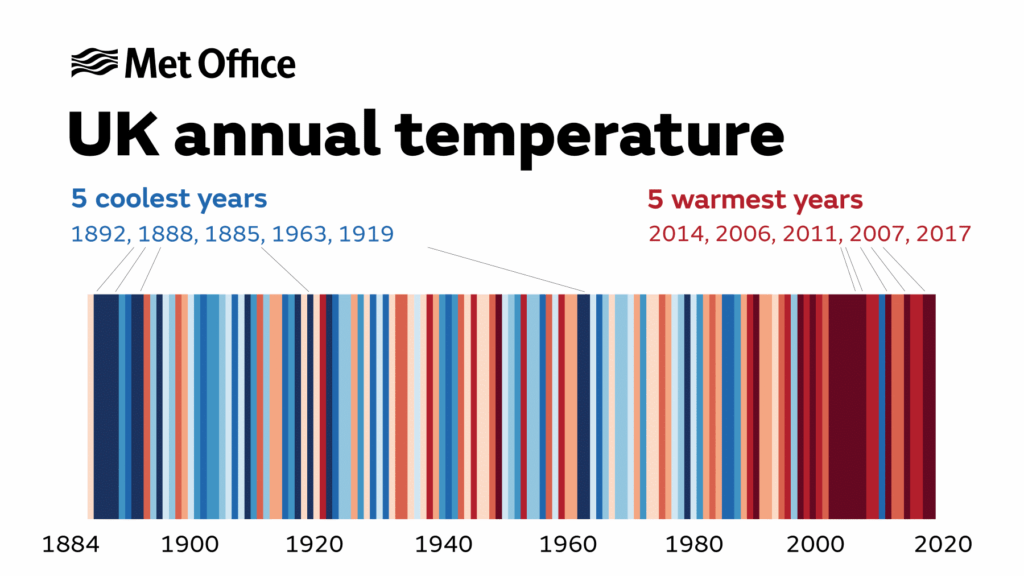 On the 9th August 2021, the International Panel on Climate Change (IPCC) released the first part of the sixth assessment report, Climate Change 2021: The Physical Science Basis.

This Report is the most up-to-date physical understanding of the climate system and climate change, bringing together the latest advances in climate science, and combining multiple lines of evidence from paleoclimate, observations, process understanding, and global and regional climate simulations. 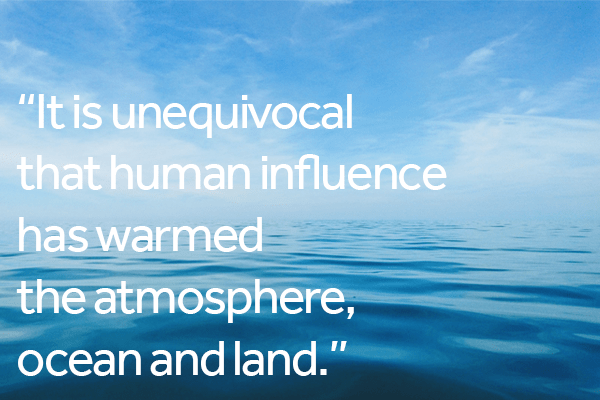 The report concludes that North West Europe will experience more extreme floods and more extreme winter storms. Sea level will rise, storm surges will cause coastal flooding and sandy shorelines will be eroded. The Mediterranean region will experience longer, hotter, drier summers and pulses of heat and drought will affect northern Europe too.

Every tonne of CO₂ emissions adds to global warming and each fraction of warming increases the frequency and intensity of extreme weather events.

You can read a summary article on the IPCC website: Climate change widespread, rapid, and intensifying – IPCC

Recently we have seen devastating wildfire in Australia, California and other parts of the world. How is this coherent with Charles’ Law and the expectation of a wetter world?

The Guardian is a good source of information for the latest extreme weather events and natural disasters.

There is also a dedicated extreme weather service for Europe.

And if you’d like a more challenging read, here is a scientific paper on this phenomenon from the National Centre for Atmospheric Science.

When the temperature of a gas increases, it expands in volume and its capacity to hold on to water molecules also increases. 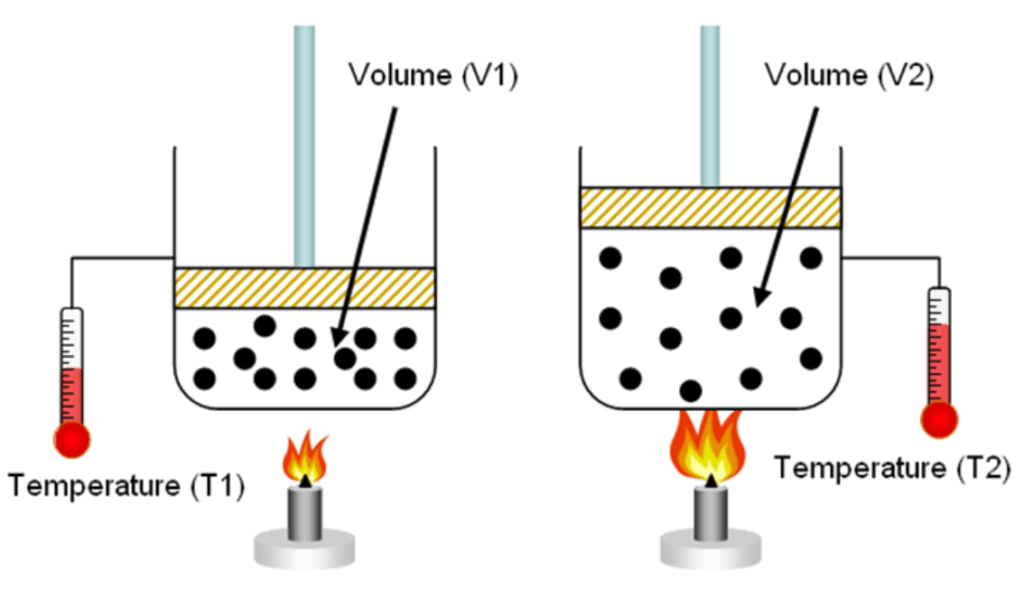 And when warm, moist atmosphere meets a cold surface, you get condensation. This is what would happen on the cold window of a warm room. It is also what happens when warm rain clouds meet a cold front – rain.

And here is another explanation from the Met Office on why it rains.

This really simple explanation from NASA explains how we know the climate is changing.