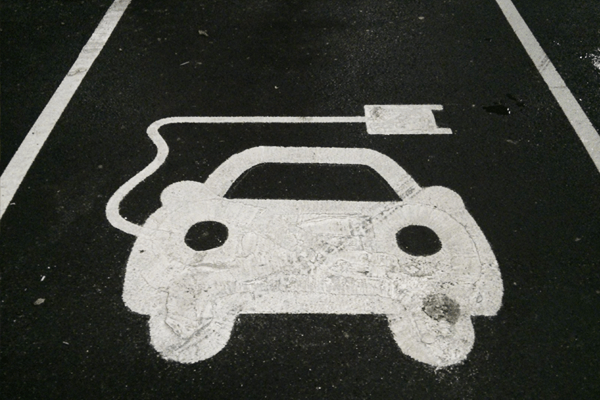 Decarbonisation of transport is essential, possible, and replete with opportunity argues Rhodri Huw Thomas, our principal Sustainability Consultant in the below article for IWA as the fourth part in a series of pieces exploring infrastructure priorities in Wales, guest edited by Ed Evans.

In Wales, transport is a major (and growing) contributor to climate change. We need to clean up transport as fast as possible. BEIS figures for Wales (Department for Business, Energy & Industrial Strategy, 2017), show that transport accounted for around 25% of energy consumption in Wales during 2015 and 13% of all emissions. In the UK as a whole, BEIS data shows transport is responsible for about 26% of all emissions.

Decarbonising our transport sector is not only vital for the health of our planet, but also the well-being of citizens. Several areas in Wales suffer from dangerous and illegal levels of air pollution caused largely by road transport, with the most vulnerable in our society (including children and the elderly) particularly at risk. Air pollution contributes to around 2,000 deaths per year in Wales (6% of total deaths).

Electric vehicles (EVs) are part of the decarbonising solution but they still have pollution impacts. For example, a significant amount of particulate matter (airborne pollution particles) come from brake and tyre wear and EVs will contribute to this even though their direct emissions from fuel consumption are zero. There is also considerable embedded energy in the form of extracted minerals, steel, and plastic in each vehicle that needs to be recovered at the end of the vehicle’s working life. EVs can however make a significant contribution to lowering Wales’ carbon emissions, and improve air quality, if they are recharged from renewable energy sources.

Electric vehicles are not a panacea. Moving to a nation where ‘active travel’ is the default choice for all, followed by public transport, then shared mobility and finally, single occupancy car journeys, should be Wales’ main aim as this would deliver multiple benefits.

In a low carbon, healthier Wales, where there is greater equality of opportunity, EVs will be part of the transport mix, however. The growth in ownership of ultra-low emission vehicles in Wales currently lags behind other parts of the UK but is comparable to other rural and post-industrial areas. With any new technology, uptake is initially slow and a minority of enthusiastic pioneers struggle to operate it when there is minimal support infrastructure. This has certainly been true of the electric car in Wales. Owners of electric cars are motivated by a commitment to low carbon, or by possession of the means to make the technology pay (or both). It makes sense for example, for a family on higher than average income with cash to spare, living in a detached house with a drive, to put solar PV on the roof and a charge point on the drive. There is less motivation for anyone living in a terraced house with no means of installing an on-street charger, assuming they could afford the roof PV panels and higher upfront purchase/rental costs of the vehicle in the first place.

The Welsh Government has committed a small but significant sum of £2 million to enable a network of electric charging points along main roads throughout Wales. The focus of the £2 million is to help provide a charging network along/near Wales’ trunk road network. These include roads not registered as part of the Trans-European Transport Network (TEN-T) – in other words, a more far-reaching impact. At Cynnal Cymru’s Car Futures Wales conference in February 2018, there was consensus that public money should be spent where it will produce a net economic benefit: a charging network should therefore support the Government’s aims on active travel, decarbonisation, health, and equality of opportunity. As a nation, we should see electric cars as one of many tools to help us deliver the Well-being Goals. In practice, this would mean public charging infrastructure at park and rides, hospitals, rail heads, and tourist destinations.

The recent Economic Action Plan committed to making all taxis and buses in Wales zero-carbon within 10 years. This is a great start, but, given the lower running costs of EVs, why not electrify the entire public sector fleet? This has the additional benefit of making people more familiar with EVs, and more likely to switch themselves. Swansea council has recently taken the plunge by purchasing 40 Peugeot electric vans and installing 18 charge points.

Mid and West Wales Fire Service has two hydrogen cars and twelve electric vehicles with seventeen charge points. They are working with Natural Resources Wales and others to share charging infrastructure. Such confident investment in low carbon transport is rare however. Local authorities have to make bolder decisions about electric vehicles and work with the Government or else Wales risks falling behind other parts of the UK as the economy transitions to an electric fleet.

Given the current financial constraints faced by local authorities, a council may wish to consider a variety of ways that it can support a transition to low carbon road transport. The following were suggested by delegates at the Car Futures Wales conference;

Charging availability is likely to affect vehicle purchase decisions and could be a catalyst for a market change. Visible infrastructure also supports a wider debate around sustainability, air quality and decarbonisation. Many local authorities in the UK are currently grappling with the challenge of improving air quality through a charging system for access to urban centres. Providing free entry or similarly, free parking to EVs is a provocative statement. Ultimately however, no authority wants to replace congestion by one type of vehicle with congestion by another so such concessions to EVs are likely to be a short-term response to the specific issue of air quality. The IWA report “Decarbonising Transport in Wales” calls for a change in the culture of Wales and a move away from reliance on the car; although it accepts that electric cars will still have a role to play in rural communities where local, community-owned renewables could be linked to charging infrastructure. The report argues that reducing the numbers of cars on the road should be a priority for all levels of government.

Limits on residential charging infrastructure, EV congestion and the high up-front cost of ownership may slow the uptake of private electric cars in Wales even as legislation makes owning a fossil fuel vehicle more expensive. Mobility as a service may then become an increasingly attractive alternative. In this model, private citizens choose not to own a car but instead have a contract or service agreement with a supplier such as a car club or taxi on demand. There are signs that mobility as a service is growing in popularity in cities and amongst young adults. With its wealth of renewable energy sources and a modest growth in community-owned renewable energy supply, Wales has an opportunity to link the need for mobility to a social business model and the equality of opportunity this offers. Specifically, this means that communities that own their own energy supply could also operate a not-for-profit car club. This could prove significant in rural towns and villages if changes in urban centres, driven by the necessity to improve air quality, push the market against diesel and older petrol vehicles.

Energy suppliers such as SP Energy Networks (SPEN) caution that we need to think about new ways of storing and moving energy. They ask us to consider what would happen if every one of 1.4 million domestic customers in their region plugged in an electric vehicle when they got home from work. While this may seem far-fetched, the forecasted growth in global EV ownership has increased by 500% in one year. Addressing the Car Futures Wales conference in February 2018, Liam O’Sullivan, SP Energy Networks District Manager for North Wales, shared SPEN’s estimate that investment of between £300 million to £2.2 billion is required to facilitate a 100% EV uptake across the Scottish Power Manweb area, depending on which scenario becomes the reality.

Momentum is growing for a rapid decarbonisation of transport in Wales. From analysis by the IWA to an increasing frequency of events held by Cynnal Cymru, local government, The Automotive Forum and the Welsh Government, the message is clear: decarbonisation of transport is essential, possible, and replete with opportunity. On the 7th and 21st of February 2019, Jacobs, with the support of Cynnal Cymru will stage two major conferences for the public sector on behalf of the Welsh Government. At these events, we will dispel myths, provide details on funding, present examples of ‘how to do it’ and give public sector professionals the opportunity to learn from each other and make important connections with industry specialists. “Your next car will be electric,” is an increasingly used phrase but while we wait for the fruits of the collaboration between Transport For Wales and the new rail franchisee, and initiatives such as the Cardiff Council transport green paper, perhaps we should start using the phrase, “this is the last car I’ll own!”