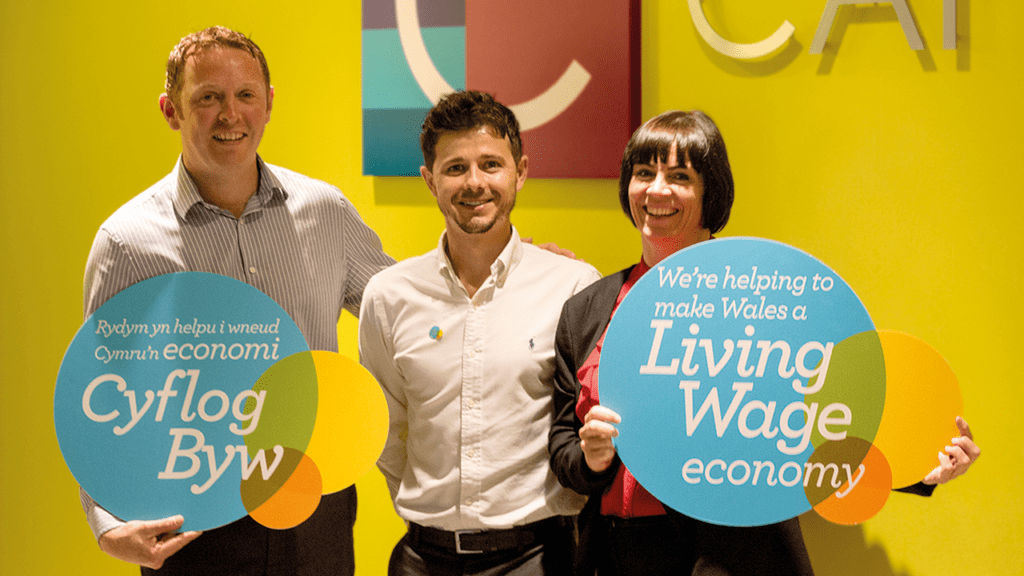 Since November 2016, Cynnal Cymru – Sustain Wales have become the official accreditation body for the Living Wage in Wales, and the number of organisations paying the Living Wage has increased by a fifth.

The Living Wage commitment will see everyone working at Capital Law, regardless of whether they are permanent employees or third-party contractors, receive a minimum hourly wage of £8.45, and £9.75 in London. Both these rates are significantly higher than the statutory minimum for over 25s of £7.50 per hour introduced in April 2017.

The real Living Wage is an hourly rate set independently, updated annually and calculated according to the real cost of living.

“This is welcome news and another step towards the real living wage becoming common place in Wales. What we all want to see is a fairly rewarded, productive workforce driving a thriving Welsh Economy and I’m delighted to see Capital Law join the growing list of companies recognising the value of the real living wage and implementing it voluntarily”.

Cllr Thomas added: “Cardiff Council is encouraging employers to sign up to pay the Living Wage to help Cardiff gain recognition as a Living Wage City and we are running a scheme offering financial support to organisations who become accredited Living Wage Employers over the next 12 months.”

“We are delighted to welcome Capital Law to the Living Wage movement as the 100th accredited Living Wage employer in Wales. The best employers are voluntarily signing up to pay the Living Wage now. The Living Wage is a robust calculation that reflects the real cost of living, rewarding a hard day’s work with a fair day’s pay. The Living Wage Foundation have accredited more than 3,300 leading employers, including Capital Law, ranging from independent printers, bookshops, breweries, to well-known companies such as Nationwide, Aviva and SSE. These businesses recognise that clinging to the National Living Wage is not good business. Customers expect better than that.”