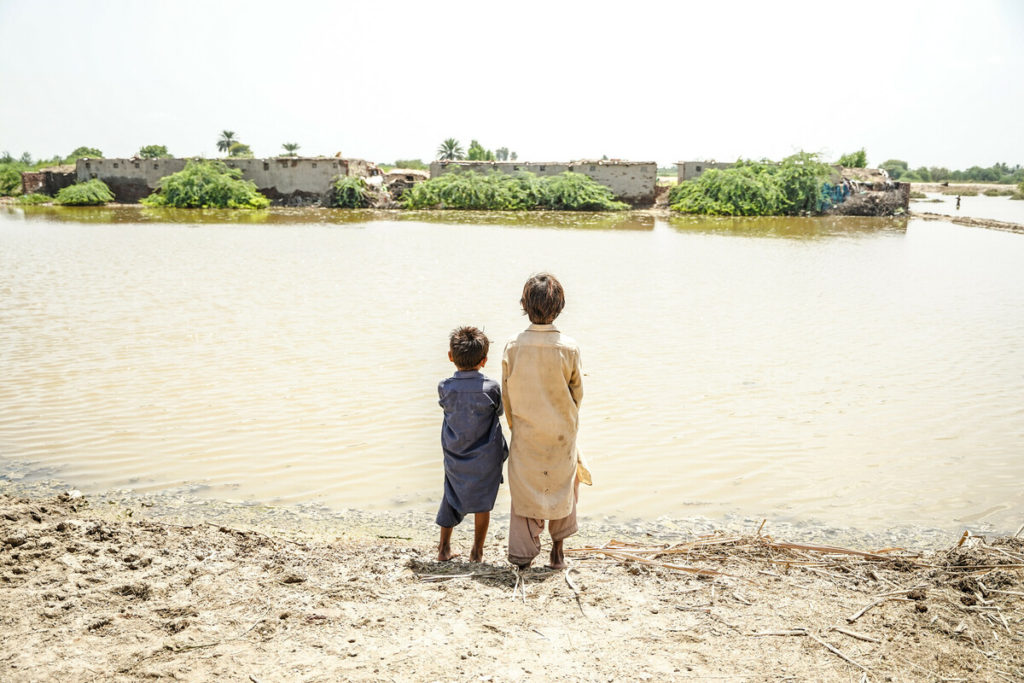 DEC launched the Pakistan Floods Appeal in response to overwhelming destruction caused by extraordinarily heavy rainfall, submerging one third of the country – an area the size of the UK – in muddy, dangerous flood waters. Homes, possessions and lives have been lost with no sign of the flood waters abating. As described by U.N. Secretary General Antonio Guterres; “The Pakistani people are facing a monsoon on steroids – the relentless impact of epochal levels of rain and flooding.”

DEC member charities are on the ground and report widespread destruction and huge humanitarian needs, on a scale not seen in more than a decade, when heavy rains in 2010 resulted in unprecedented flooding. 20 million people were affected by the flooding in 2010; in 2022, 33 million people are affected, in what the UN Secretary General is calling a “climate catastrophe”. Buildings, road and bridges are badly damaged or even completely destroyed, and over 3 million people have fled their homes, with half a million in temporary shelters in relief camps. People are desperate. The danger from disease, hunger and exposure will continue long after the floodwaters recede. Support for the people of Pakistan is particularly vital at this time.

DEC charities are already on the ground providing life-saving aid either directly or through local partners, but need more funds to scale up their operations, particularly with conditions expected to worsen as the rains continue.

The worst hit areas have seen five times as much rainfall as the 30-year average.

The immediate and primary focus of the relief effort is to save lives and provide temporary shelter and blankets to people who lost their homes, clean water and sanitation to prevent the spread of water-borne diseases, food for sustenance, and medical assistance for those who have been injured or are ill.  Providing cash assistance and protection have also been identified as priorities, with the latter focusing on child protection, psychological support and distributing dignity kits. In the longer term, work to restore livelihoods through the provision of seeds and livestock will also be vital to getting communities back on their feet.

If you can please help. Donate today: bit.ly/DECPakistanFloodsFV