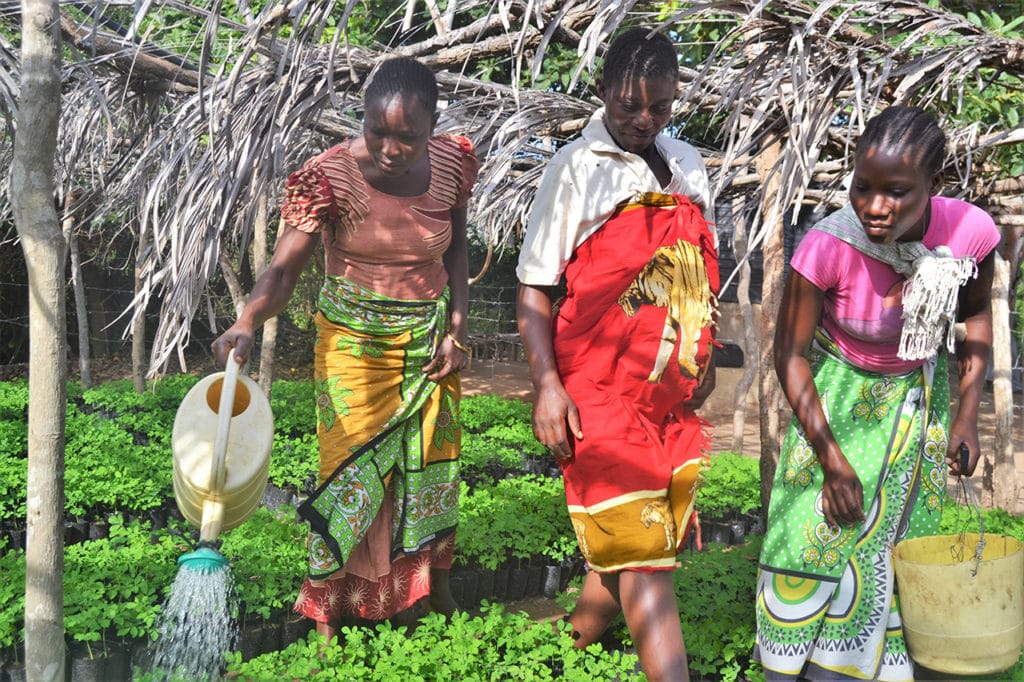 ‘Trees for Christmas’ is an annual campaign that encourages individuals, schools, and businesses to raise money and support tree planting in tropical forests. Last year it raised money to support planting 73,208 trees in Mbale region of Uganda. This year’s campaign has well surpassed this and is the most successful ever run by Size of Wales.

The Boré Community is located in a remote part of eastern Kenya near the equator. Climate change and deforestation has led to increasingly unpredictable weather, bouncing between the extremes of drought and flooding, leading to reduced crop yields. This has been compounded by the economic impacts of COVID-19, which has seen local employment opportunities all but disappear.

The trees will be planted by the Boré Community Forest Project, a locally-led initiative set up in 2008. The new trees will not only help address erratic climate conditions, but will create employment for around 60 local women, and provide free trees to 2,500 farmers and over 100 schools. Extra employment will directly benefit hundreds of families and combat malnutrition, which affects 26% of Kenyan children under the age of five.

A significant portion of the donations came from online retailer SportPursuit who pledged to plant a tree for every order over the Christmas period. Their donation of £30,000 is the equivalent of 100,000 trees and is part of an ongoing commitment to support the growing of 250,000 trees overall.

“Our goal as a charity is to connect communities in Wales to those on the frontline of the climate crisis internationally and make a tangible difference. This year’s campaign is a massive leap forward in this goal – and to have increased the funds raised by nearly 50% during a difficult year for many families, I couldn’t be more delighted.

“We are extremely grateful to the donors, schools, and businesses for coming together in showing their generosity and friendship. With 2020 having been the joint hottest year on record, there has never been a more important time to support tree planting projects such as Boré.”

Ru Hartwell is the Lampeter-based Director of Community Carbon Link, an organisation that links Wales to Boré, and has worked closely with the project since 2008. He said:

“With 2020 having been a particularly tough year for the people of Boré, I will sleep better knowing the positive impact these donations will have on the lives of my friends in this wonderful community.

“The trees distributed to farmers and schools will not only generate cleaner air and improve the climate, but they will provide future forms of nutrition and income. The ongoing support from the people of Wales, along with the hard work of the Boré Community Forest Project is a powerful example of what we can achieve when we work across continents to tackle climate change”

“It’s a huge achievement to be planting 100,000 trees from our December Festive Forest campaign taking our total tree planting so far to 224,650. We would like to thank all our customers, our team and our partner Size of Wales for their great work”

Tropical forests in areas such as Boré are particularly effective in combatting climate change. Tropical forests not only absorb approximately a fifth of the world’s human-made CO2 emissions every year, but support biodiversity vital to our planet’s health. They also play a crucial role in storing water, regulating rainfall, and preventing floods, droughts, and erosion.

Currently the planet loses around 18 million hectares of forest each year to deforestation, roughly nine times the size of Wales.